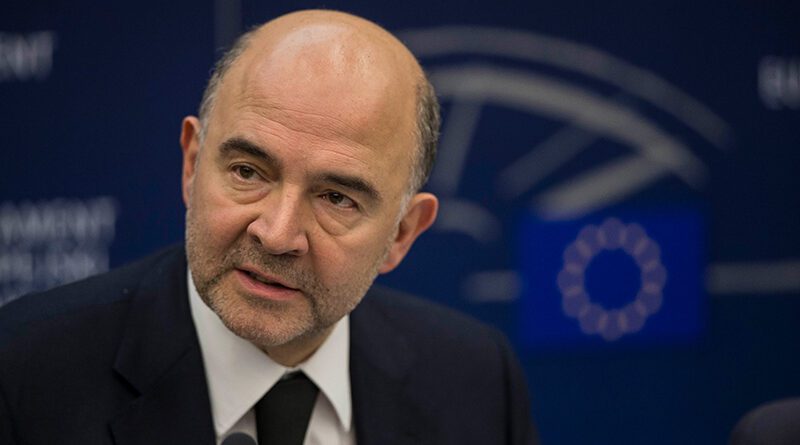 “In the five years that I have been in this position, Portugal has been a clear success story in economic terms”, said Moscovici, the European Commissioner for Economic and Financial Affairs.”

European Commissioner for Economic and Financial Affairs, Pierre Moscovici, from France, has this Tuesday classified Portugal’s economic trajectory as a “clear success story”, showing “confidence” that the country will continue in a favourable situation.

“In my five years in this position, Portugal has been a clear success story in economic terms: I have seen a strong recovery and growth, strong job creation and an impressive improvement in public finances,” said Pierre Moscovici in an interview with Lusa agency in Brussels.

Recalling the country’s progress in this period in which he was in charge of Economic and Financial Affairs, the French official said he was “confident in Portugal”, despite being “vigilant” towards other economies in the eurozone. This is because, in Portugal, “despite some moderation, economic growth has remained solid and is now more sustained by strong job creation”.

“Second, the high budget deficit has been further reduced to 0.4% of GDP in 2019 and is expected to reach 0.1% by 2020 [according to the European Commission’s forecasts]. Public debt is expected to accompany this reduction, which is why Portugal’s public finance performance is impressive,” added Pierre Moscovici.

He also stressed that “Portuguese banks have made significant progress in reducing NPL [non-performing loans]” and that “the short-term outlook also remains favourable, despite the risks arising from external factors having increased.

The interview with Lusa was even made on the day that the European Commission released its latest post-programme report on assistance to Portugal, which Pierre Moscovici will present at the Eurogroup meeting on Wednesday to eurozone finance ministers. In the document, Brussels acknowledges the progress made by Portugal, but warns of growing pressures in public spending on wages due to the thawing of careers, the growth of the state’s workforce and increases in pensions.

The report – released following the tenth post-programme monitoring mission, which took place between 14 and 19 June last in Lisbon – also indicates that the quality of banking assets has improved and the reduction in bad debt was noticeable in 2018, helped mainly by sales by portfolio banks of defaulted loans (€6 billion in 2018).

On the labour market, the European Commission also considers that, despite the positive developments, precariousness is “persistently high” and has expressed doubts about the impact of labour changes on employment growth. “More efforts are needed to attract investment, to increase productivity and to promote the business environment, factors that are crucial for [the country] to strengthen and grow,” summarized Moscovici.

Former French Finance Minister Pierre Moscovici is about to finish his term as European Commissioner for Economic and Financial Affairs, a job he took in 2014, as he’s not part of the new EU executive led by the French Ursula von der Leyen, which will take office in early November.